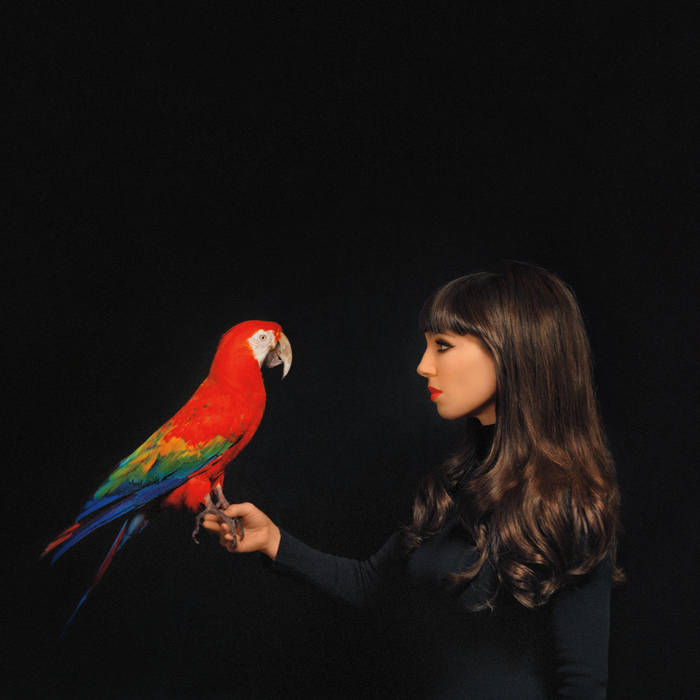 Howlin' Jacques Lisbon Claude Fontaine has become the reggae/bossa nova it-girl of the future! Her pillowy and delicate vocals mixed with vintage instrumentation gives this debut a very melancholic and forlorn, yet confident feel. Fontaine knows what she's doing, and the band behind her are legends, no doubt.

What I love most is the lyrics. Fontaine really speaks from the heart in a blunt way, and you can't help but feel her heartbreak. This is a special record and not many sound like this in 2019. Favorite track: Strings of Your Guitar.

steveinsocal "...a truly amazing album of literally 2 halves; Side A is full of heartfelt lovers rock; dubstep, soothing rocksteady beats and Two-tone Ska rhythms. Side B melts into the tropical sounds of bossa nova, tropicalia and brasileira. Throw-in a touch of sixties Yé-Yé coolness and top with Claude's enthralling vocals. The end result is an absolute masterwork..."

reclaimingthecolonies-onestateatatime.blogspot.com
Favorite track: Pretending He Was You.
more...

The Monk Of Funk ™

Claude Fontaine is an American girl with a French name who never felt like she fit in anywhere she happened to call home, and one particular year she was awash in a grey London fog that matched the fog and grey in her own too-recently broken heart. While living right off Portobello Road, she stumbled into the record store down the street. And in a flash of luck (or fate) that particular record store turned out to be Honest Jon’s, a long-lived spot for records collected from the furthest edges of the world. She’d never heard those old Studio One and Trojan and Treasure Isle reggae and rocksteady and dub records before—the same records that got the Clash covering “Police And Thieves,” and the Slits sharing a bill with Steel Pulse. And she’d never heard bossa nova and tropicalia and Brazil’s incandescent música popular brasileira, either. But instantly, she understood that it was exactly and perfectly everything she didn’t know she needed: “I wandered in one day and from the first moment I was under a spell,” she says. “I was transfixed. I’d go in there daily and have them play me every record in that store probably to the point of driving them completely mad! But I had fallen in love …”

And because she loved those records so much, she decided to make a record of her own—an album singing her own love songs (with Jane Birkin-style ye-ye elan) that was itself a love song to classic reggae and Brazilian music, and an album honoring that feeling of finding a home away from home. Ferociously inspired, she demo-ed a set of songs about heartbreak and loneliness, and drafted a wish list of musicians she’d hope would help out. At the top were guitarist Tony Chin, whose playing with Althea and Donna, King Tubby, Dennis

Brown and so many more very arguably defined a gigantic part of the classic reggae sound, and Airto Moreira, the Brazilian drummer whose work both solo and in collaboration with Miles Davis, Astrud Gilberto, Chick Corea, Annette Peacock and more make him an actual living legend. “A pipe dream” to chase them, she says, but still she tried.

But after diligent detective work and long chains of emails and voicemails, tracing between L.A. industry veterans and globetrotting photographers and the label that would put out her finished record—though she didn’t know that yet—she found them. Then she sent them her demos. Then they said yes. And when she finally met them that day in Chet Baker’s old studio (“A time warp,” she adds dreamily) or at King Size in northeast L.A. and she heard her songs the way she’d been hearing them in her head for so long, she was was overcome with emotion. “It was surreal and magical,” she says. “I cried. To watch those songs come to life... it’s why we do what we do.”

She finished her album in two potent sessions with Chin, Moreira and a murderer’s row of their connections—bassist Ronnie McQueen of Steel Pulse and Ziggy Marley drummer Rock Deadrick, Now Again Records guitarist Fabiano Do Nascimento, Sergio Mendes percussionist Gibi Dos Santos and Flora Purim bassist Andre De Santanna. (Trust that each of these people have credits on albums like you wouldn’t believe.) Side A is the reggae, five songs about love gone wrong that sound like they came out of Jamaica in the early 70s. Yes, “Love Street” sounds happy, but “it’s really just a fantasy,” says Claude. And side B wasn’t specifically designed to be the bossa or Brazilian side, but that’s how it worked out, closing with the spare and even haunting “Last Goodbye,” a song about the heartbreak of what could have been. All together, it’s a valentine to this special music that called out to her from the other side of the planet: “I hope this record will transport people,” she says. “I wanted it to feel like those lost records, like it got lost in the bottom bin of some world music store in London because that’s how I felt when I walked in to that record store. I wanted it to be its own world.”

Bandcamp Daily  your guide to the world of Bandcamp

Cannibal Corpse's George "Corpsegrinder" Fisher stops by for an interview